What does it mean to build trust in play?

I made Common for CAFKA – Contemporary Art Forum Kitchener and Area and it was played by hundreds of people in the cities of Kitchener, Waterloo, and Cambridge over the span of a month in 2018.

Common is an experimental video game for communities. It is an exploration of decentralized networks of care and community trust. 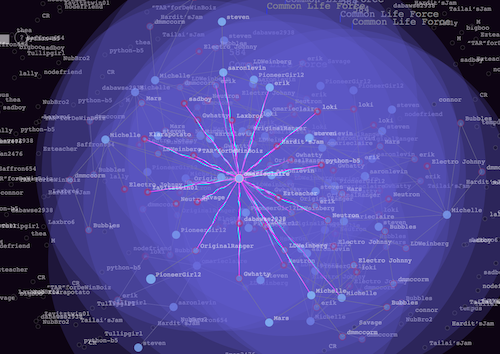 Common begins with a single player shining brightly in a vast nothingness. The player's life-force is decreasing and they are slowly eroding.


There is an entropic force constantly deteriorating the life-force and connections of all players. Giant networks may split into subnetworks if the players fail to reinforce their connections. And a player without connections will float out into the void alone.

The only way a player can join Common is by meeting up with an existing player face-to-face. Both players must hold down the connective buttons at the same time until a connection is formed. 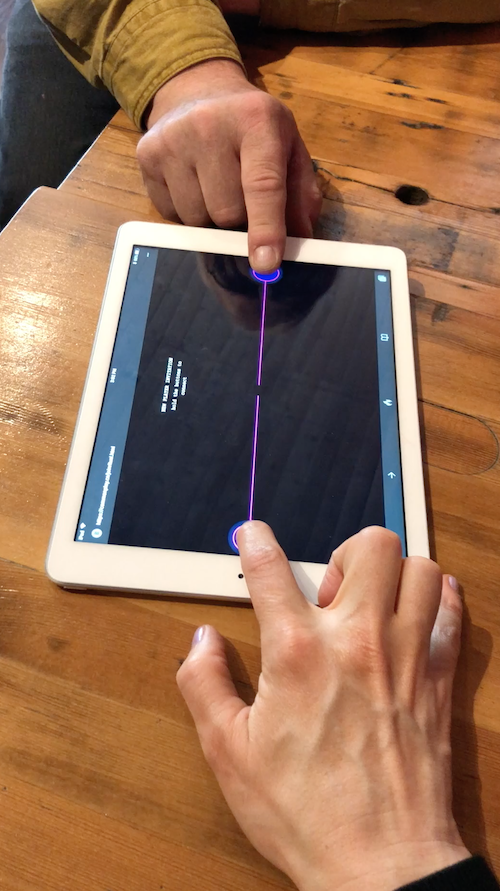 For an entire month I stationed myself at different public spaces so that anyone curious to join could come and find me and begin play. 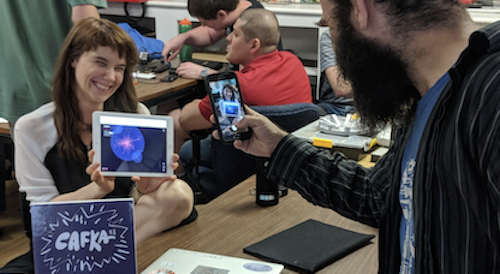 The entirety of the game is shaped by the collective and individual decisions of the players. 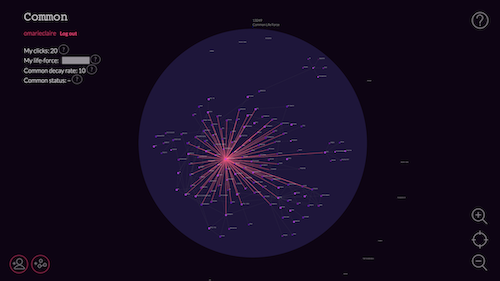 Common is an exploration of: 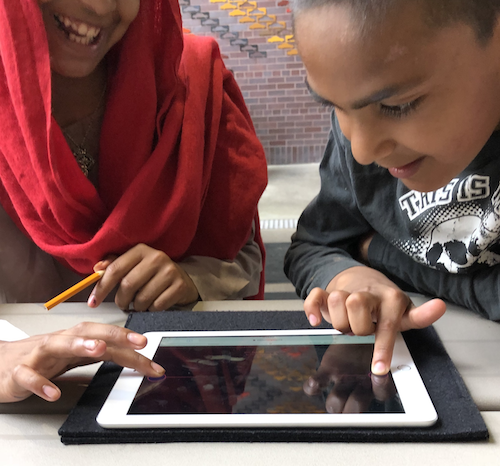 I think the most interesting thing to share in this documentation is my long list of research questions.

My research always involves looking to other games as well as variety of other fields and projects.

Here are some of the games, art projects, installations, and ideas that inspired Common.

This list is a wonderful collection of work and worth the time to explore.

I used D3 for data visualization, p5.js for the connection screen, Firebase for realtime interactive multiplayer infrastructure, the database, and web hosting. 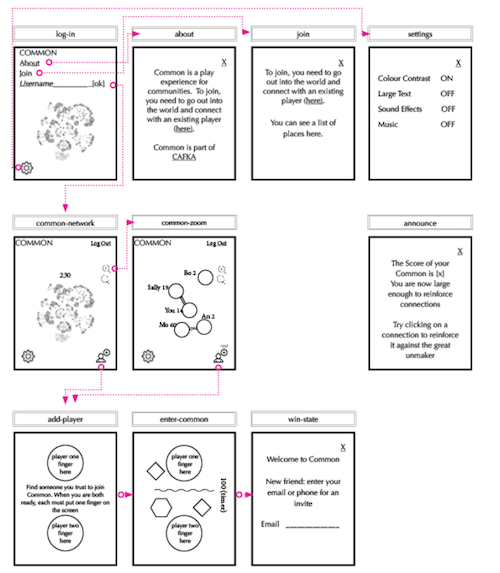 While researching I explored many fields: from historical interpretations of "faith", to deep dives into decentralized organizing practices, to Game Theory. I even participated in a blockchain hackathon at the World Crypto Economic Forum.

Common is the most conceptually, creatively, and technically challenging project I have ever worked on.

A short article on Common 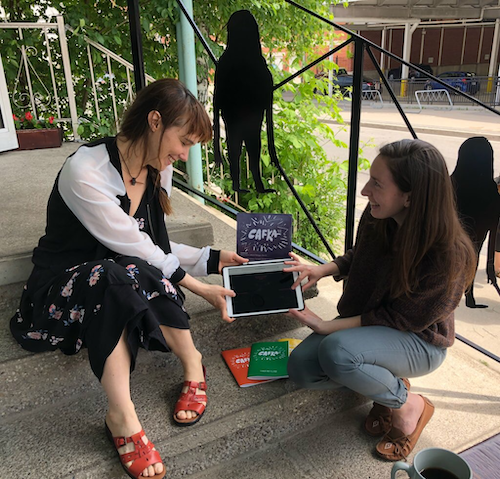 Common was the first game where I actively sought out mentors. Thank you to Tiffany Conroy for frontend mentorship, Sarah Friend for everything related to the Ethereum blockchain, Eiríkr Åsheim and Aaron Levin for mentorship with the backend. Thank you to Gordon Hatt for giving me the opportunity to make a game for an entire city. The project would have been completely different without the contributions of the following people: