Is there intimacy in opposition? How do we move together when we lead and follow?

I made Follow for The No Quarter Exhibition during my residency at the NYU Game Center.

Follow is a two player cooperative game, with a custom controller. Follow explores the space of leading/following, the intimacy of opposition, and the delicate balance of shared control. 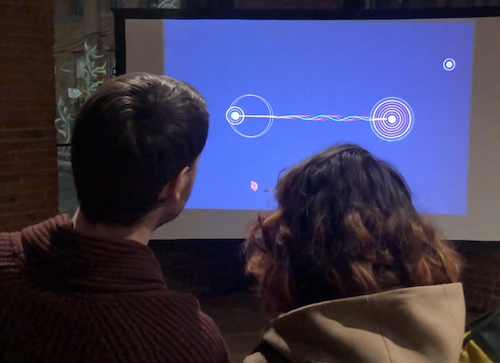 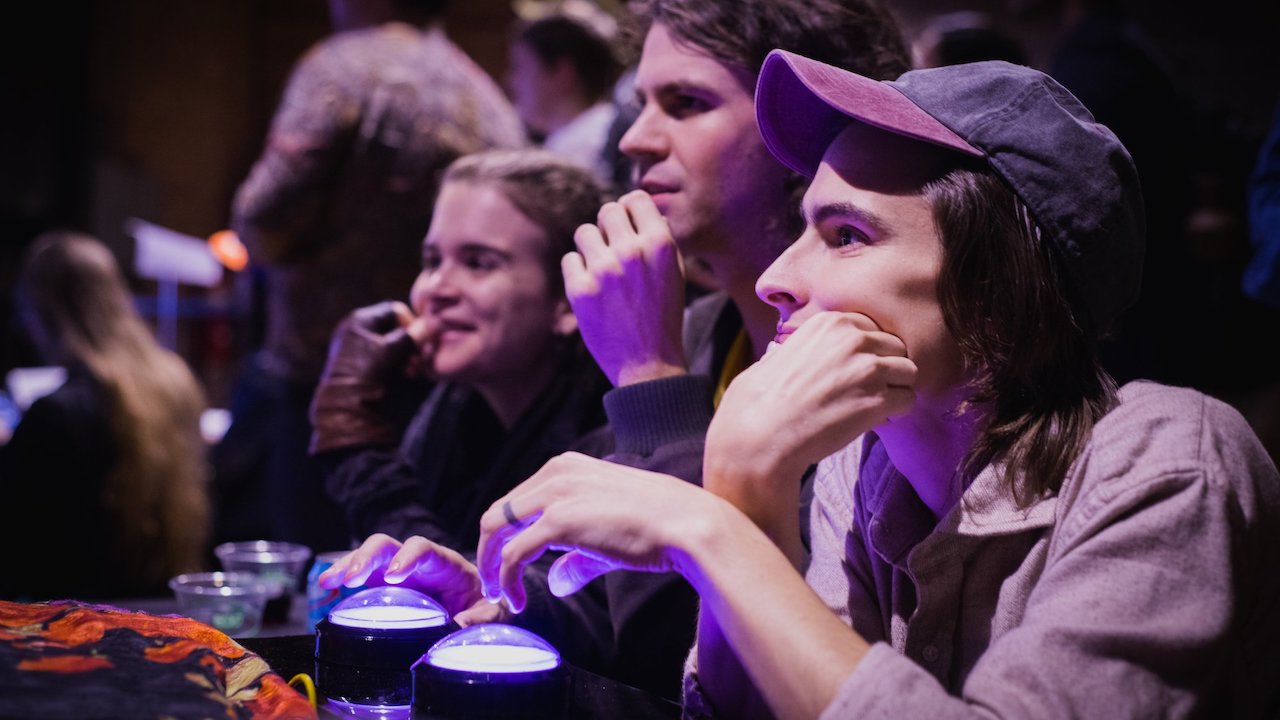 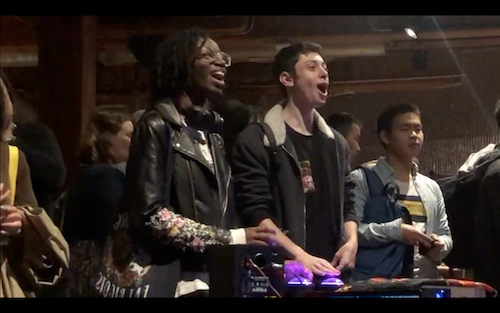 Follow continues a thread that came out of my earlier games: Closer, a game where the single playable controller is cooperatively and continuously shared between two players and Common, where the entire game emerges from the stewardship and maintenance of the relationships of the players. 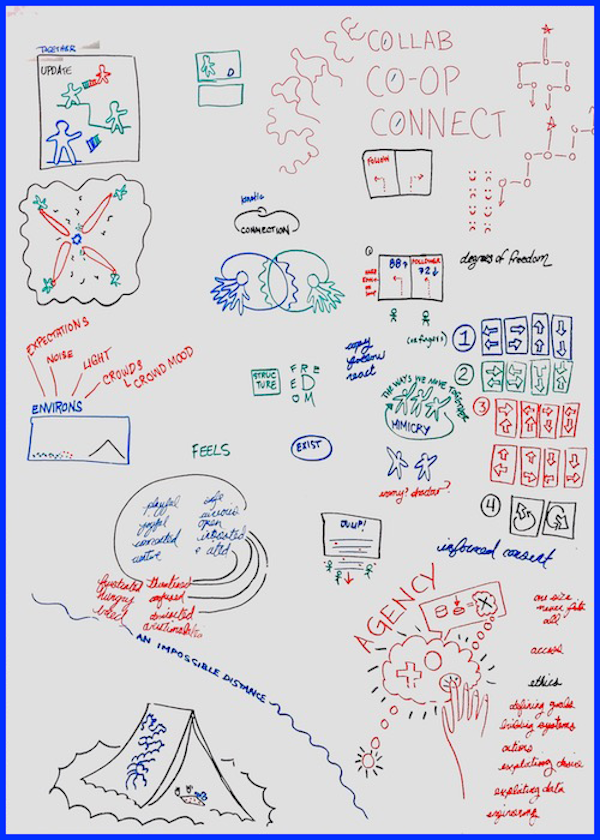 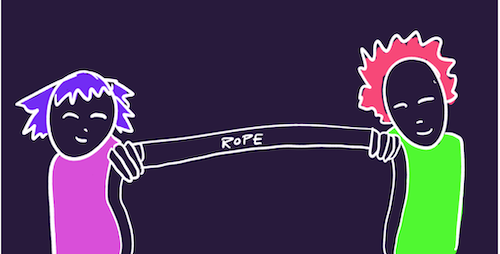 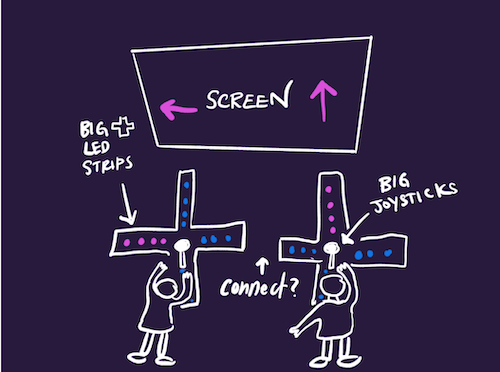 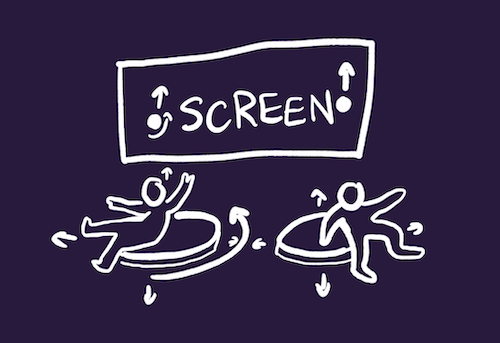 I designed (and even coded) several alternate prototypes. I'd love to explore these further someday. I'm also curious about making a rope controller option. 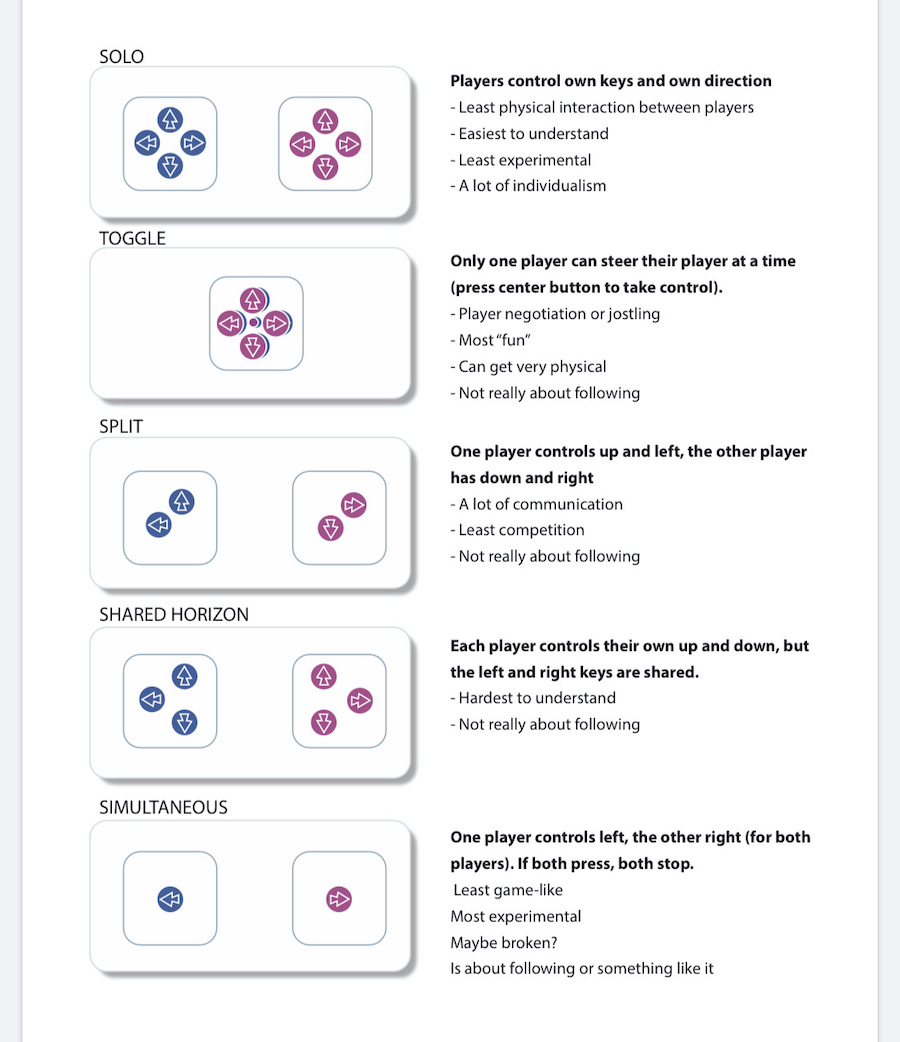 I used p5.js for the game visuals, Arduino and p5.serialControl for the custom controller, and vanilla Javascript for the game.

Follow was conceptualized, designed, and built in 8 weeks. For more context on my residency in general, read NYU 1 - Day One: Why am I here?, NYU 2 - Two weeks: bugs, feelings, and art?, and NYU 3 - Mission complete: Closing thoughts 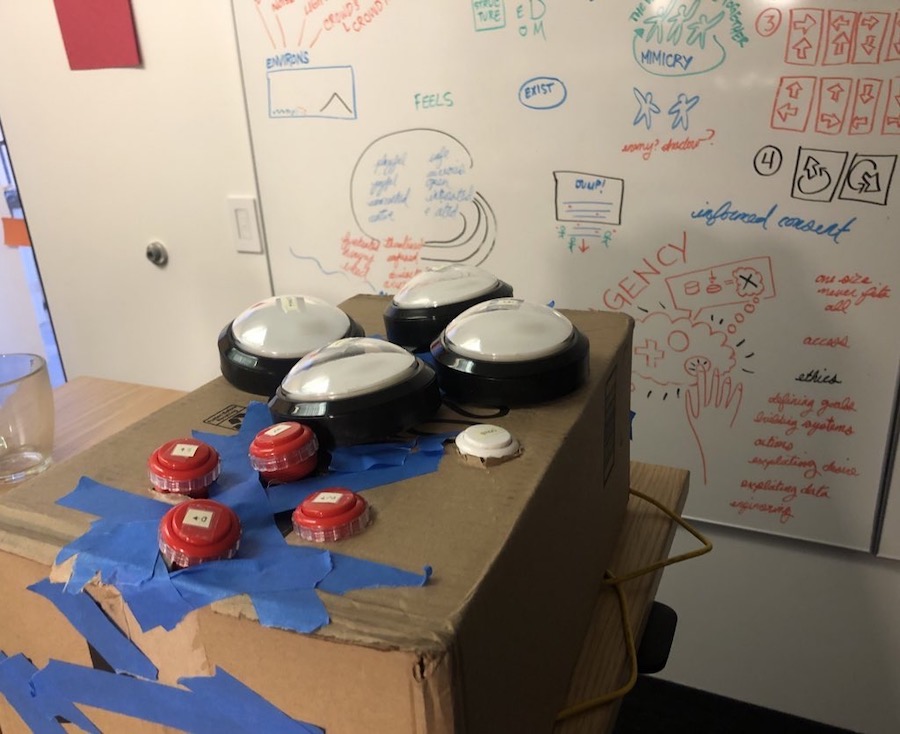 Thanks to the NYU Game Center and the No Quarter Commission for making this possible.